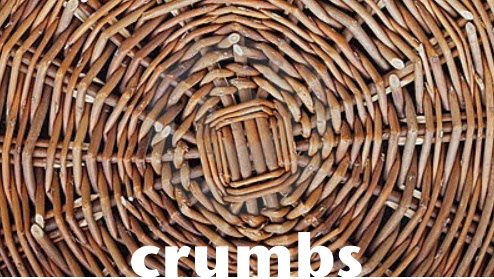 My six-year-old, Colby, has been in a particular phase lately. By lately, I mean six months and it has been wearisome. He is typically and in his most honest state, a very silly and happy, sensitive and thoughtful little man who has come up against some challenges with his self-control. We have tried everything - we moved his bed upstairs to see if he needed space from his little brother. We planned our meals differently to see if he wasn't getting the nutrition he needed. We took him on more dates, engaged him a variety of ways when he burst out of control, and we seriously considered counseling or therapy. I shed many tears as I felt completely and utterly irrelevant to him and helpless in solving the problem.


Then, in the most casual of conversations, we discovered that he has been getting up as early as 4 o'clock in the morning to sneak upstairs and watch television. {insert face palm} For hours before the rest of us were up and certainly before the sun started peaking through curtains, my boy was watching Wishbone or PBSKids and sending his psyche into a spiraling hot mess. We unplugged that television immediately and told him to stay in his bed until the sun came up. Needless to say: problem solved. It's like we traded him in for a new model and we are now the happy owners of a very happy boy.

I'm obviously so grateful that we discovered the source of his angst but the reality is that this felt like just one of a handful of places that were crumbling at my feet. Our marriage is pulling out of a hard season, my heart has felt an unusual sadness about Olivia, and I'm just plain insecure about my roles as wife, mom, home schooler, and follower of Christ. I'm not used to be caught off-guard because I usually plan so thoroughly but these areas make me see that Jesus is again (and always) pursuing me. He's searching for deeper levels of commitment to Him and ravishing love on me in my brokenness and reminding me that He makes all things new.

I've been struck by a story in John 6 that I've heard and read many times. It's coming alive in me as I pause a little longer in the story. Jesus and His disciples have just gone up a mountain and He notices that a "large crowd" was following Him. There were 5000 men alone - can you imagine counting all the women and children, too? His first instinct, because He really saw them, was to feed them. Which makes me love Him - my Jesus loves to feed us. We probably all know the story from here - He feeds them to their fullest by making a handful of loaves of bread and two fish into food for thousands. He does the most sincere and relevant of miracles and leaves them satisfied by meeting their tangible, physical need.

Here's the most amazing part of the story: they don't know it's a miracle until he tells them:


"Gather up the leftover fragments, that nothing may be lost."
John 6:12

So sitting there, in twelve baskets, are these crumbs and broken pieces of bread with torn edges and tattered flakes. Jesus points to the crumbs and says, "See the miracle?" Jesus points to the fragments and calls it surplus and calls it His way. His way of nourishing and satisfying and filling the hearts and stomachs of men and women is displayed by broken leftovers. It's like He knows that our way, our nature is to find our stomachs and hearts full from His provision but it's not until He gently and strategically gathers the crumbs that He points to the miracle. The substance of the story is found in the crumbs and broken pieces of what God Himself gives to men. It seems to me that He likes bringing attention to the fragments and it's there that He shows His miracle. He places value on those bits and pieces, no matter how they've been handled, torn, and broken.

I hope I'm always a person who can see the crumbs and leftovers in your life. I hope you're reminded today that while the character and goodness of Jesus always satisfies our longings and hopes, it's really the fragments of life that show off His glory.
Posted by Heather Thompson at 8:57 PM

Love this! Great insight. So blessed by your writing.